One of the biggest fears that new users have related to a programming language is that they have to spend time learning the language before they can build what they want. The no-code movement has capitalized on this, building visual, drag-and-drop interfaces that guide you through the process of creating something that works.

No-code makes discovery of capabilities easier. A blank text editor or command line is great if you already know what it can do/why it is useful. For those who don’t, an intuitively laid-out UI can double as documentation to quickly communicate what the tool is capable of.

People know what they want to do, but they don't want to spend time reading through documentation in order to figure out how to do it.

We have two solutions to this. The first is the toolbar. The other is the universal search bar, which I'll describe more in another post in the future. Suffice to say that a user will be able to press a keyboard shortcut to pull up the relevant section of the toolbar. It's not quite a command palette, but it's close.

The toolbar creates a form for just about any code that is possible within GuidedTrack. Filling out the form will then generate the appropriate code, and insert it where your cursor was, giving the user the same sorts of guardrails that no-code gives them.

The toolbar section for each command also is connected to help documentation and examples, providing further guidance.

Some notable areas where this doesn't help: 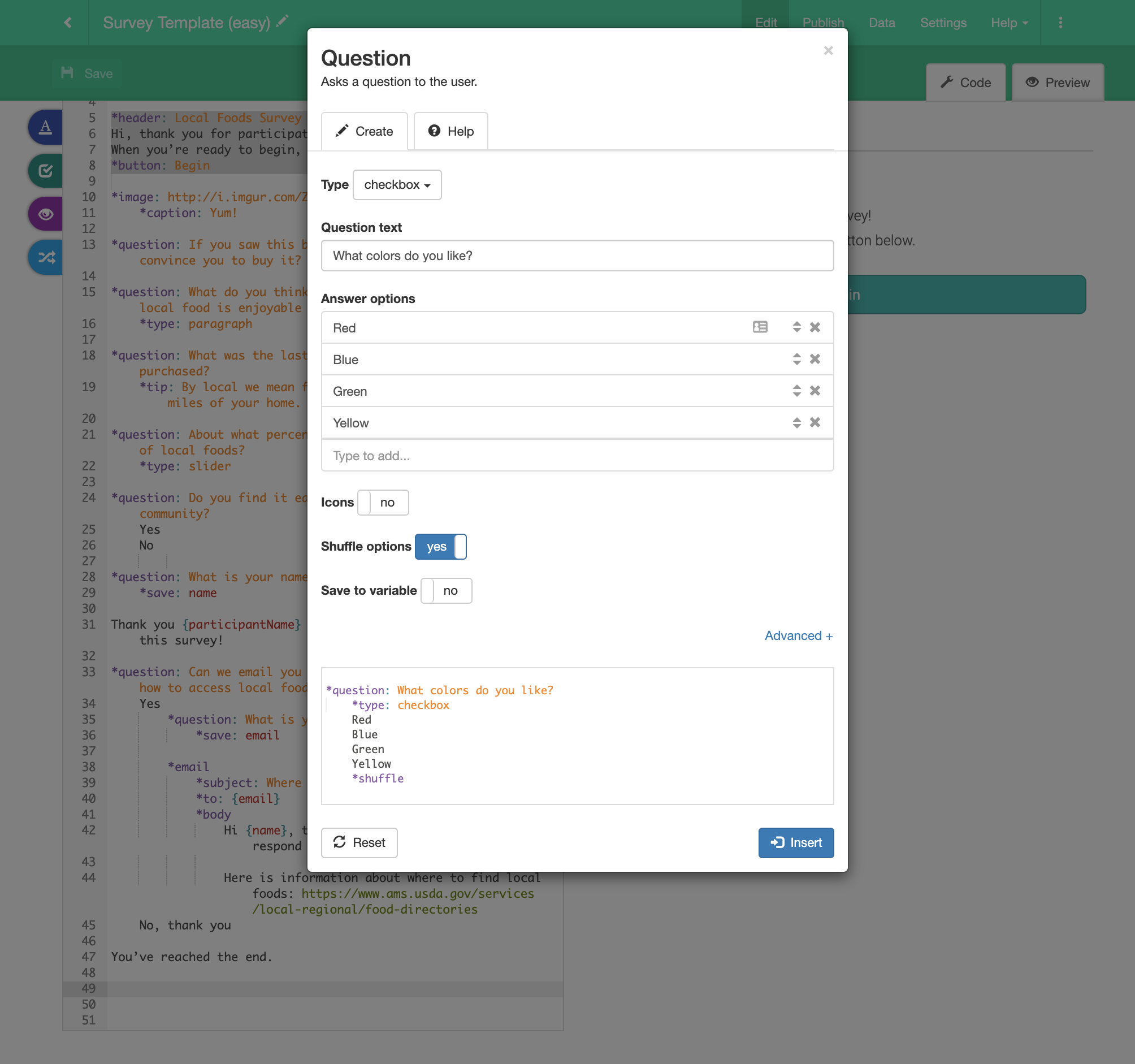 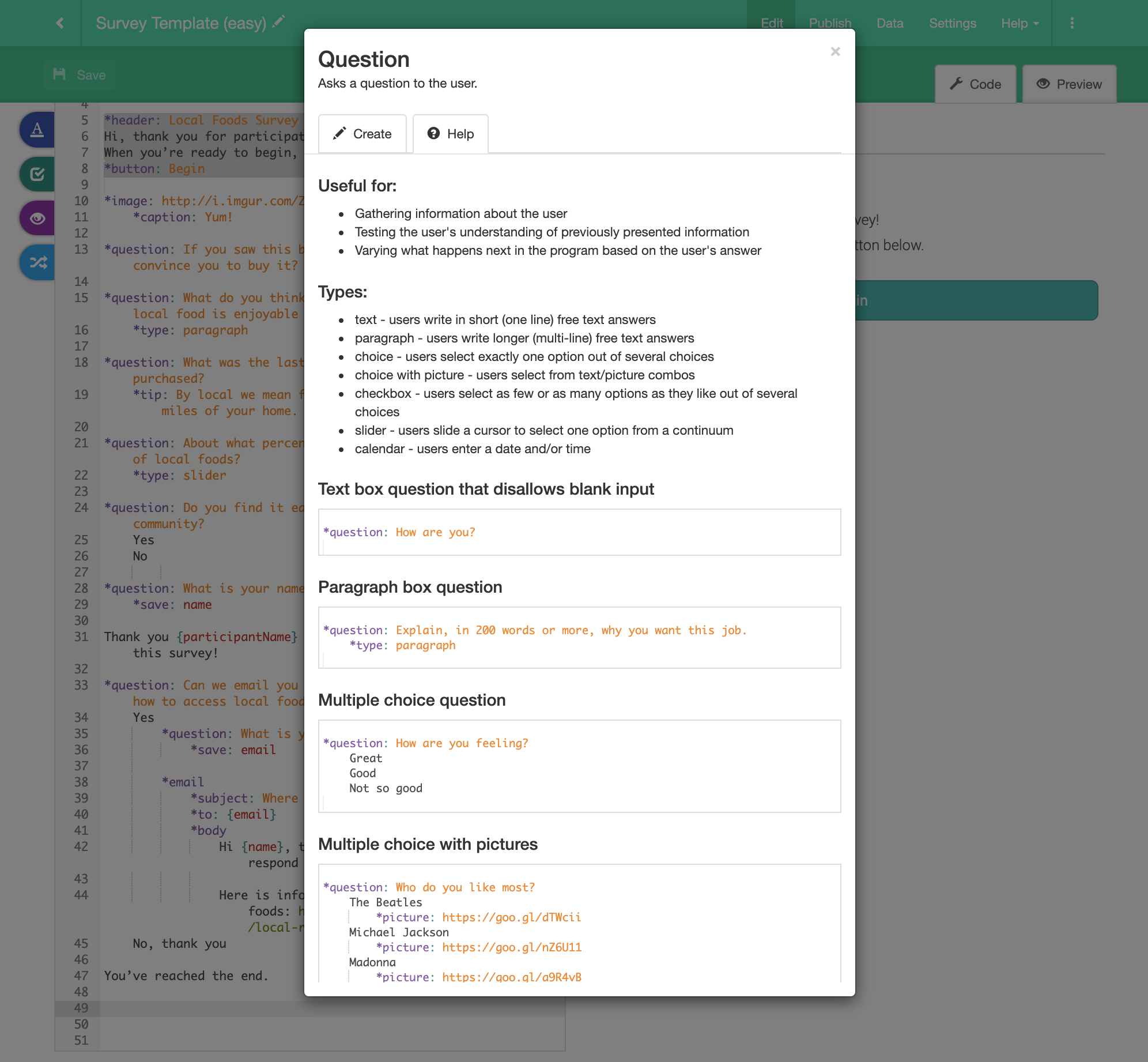 What I learned from GuidedTrack Working on [[GuidedTrack]], I have become very interested in this concept of domain-specific languages a...

I've noticed a really interesting trend lately in apps built for power usage… When the user starts out, they have a GUI (Graphical User I...