A failure state is when users fail to reach their goal in some way. In goal striving, it is inevitable that the user will experience failure states, because a goal is by definition a discrepancy between your desired state of reality and your present state. If we didn't have failure states, the Intention-Behavior Gap There tends to be a gap between what people intend to do and what they actually do, Sheeran & Webb 2016 would be a non-issue (rather than one of the hardest problems in the world to solve. Before people start using your app, they probably tried to accomplish their goals unsuccessfully in some other way.

Some potential causes of user failure include:

Many apps ignore failure states and have no plan for when they happen. However, games intentionally design for failure because they recognize they have no other choice - otherwise people would stop playing as soon as they mess up. They need to motivate players to retry and help them learn how to be successful.

A chance at redemption in Hollow Knight

In Hollow Knight, they wanted to make a challenging game because they wanted players to feel the accomplishment of beating something that previously beat them.

So you’re exploring around this map, killing monsters, earning money. When you die, you lose all of your money, and go back to your last checkpoint.

Sounds super demotivating, right? Well, the same thing is basically happening in a streak counter. You work up days in a row, and then upon failure, you have to start over again.

Hollow Knight does something clever to deal with this. When you die, you leave a “shade” where you died, lose all of your money, and go back to your last checkpoint. In order to get all of your money back, you need to get to the shade and beat it. If you die again before then, then you lose all the money for good.

Hollow Knight's designers wanted players to try again after failing. In order to encourage that behavior, they gave players something to lose from failing and a chance to regain it all from trying again to get to the point where they lost everything. This allowed the designers to use loss aversion / the endowment effect for motivating the player while they were successful and for restarting when they failed.

Failure that isn't punishing in Celeste

Celeste is an extremely hard game.  You’re going to die a lot, so failure is made non-punishing and the end is generally in sight so you don’t get frustrated.  It’s expected that each life is not gonna last very long. Repeated failure is the game designers attempt to clearly communicate what went wrong to the player so they can adjust their behavior and become better at the game.

In this screenshot, when the player lands on the rectangular platform, the platform will move quickly on the gears and if they jump they'll go flying into the spikes. They learn pretty quickly that momentum is conserved and that they should wait until the platform stops moving. 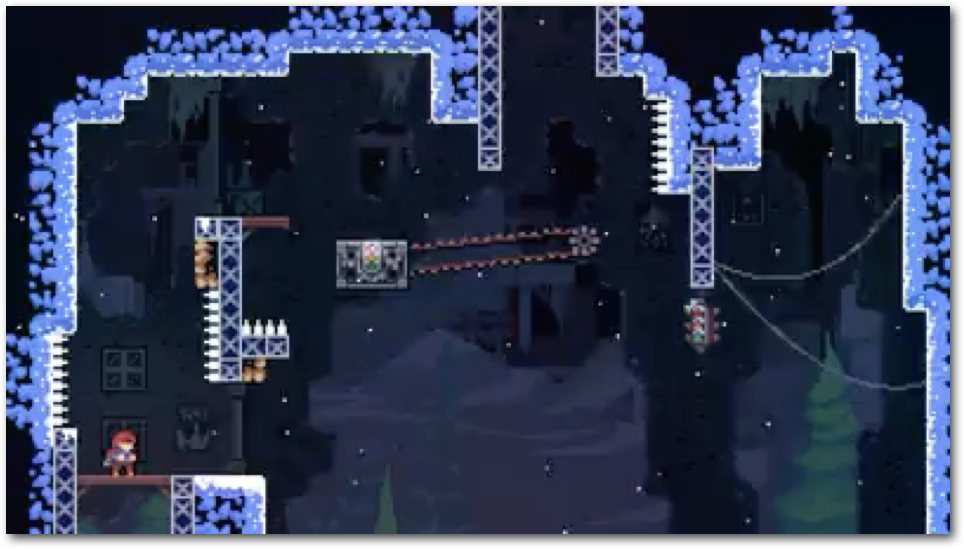 Some games reward failure, giving you a boost in your next life

Ziggurat is a Roguelike game.As a genre, I think that Roguelikes have developed many interesting ways of encouraging the player to retry after failure out of necessity During each run, the player attempts to make it further than they did before. The further they make it, the better power ups they earn. However, the player isn't able to use the power ups until their next run, which means that they need to fail first. They may actually look forward to failure, because next time they get to try out their new power ups! 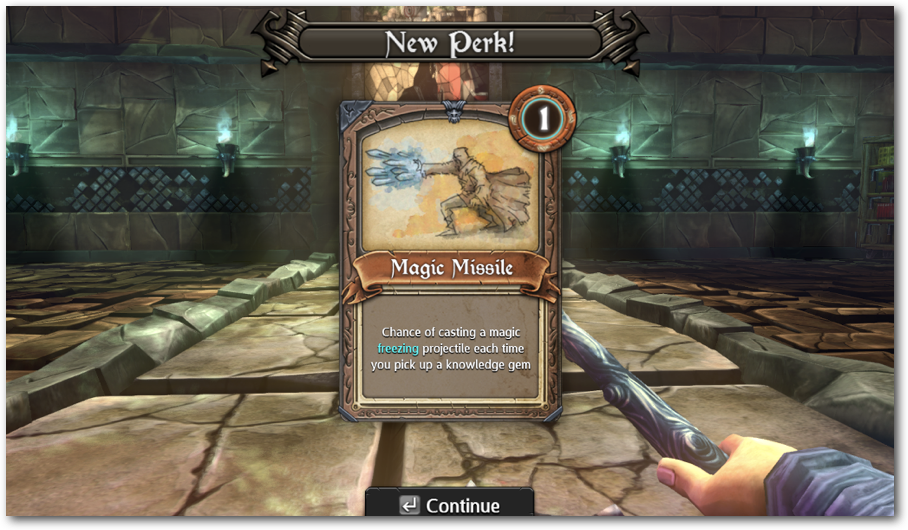 During each run of Dead Cells (another Roguelike), you're killing monsters and collecting money. When you die, it actually allows you to use some of the money that you had left when you died on your next run, making you feel as though you have already started. This could be considered a Goal Gradient Effect intervention, as it's easier to continue when you've already started vs. when you haven't built up any momentum.

Sundered is a Metroidvania game where dying is your only opportunity to access a shop with upgrades. Like Ziggurat, the player may look forward to death. 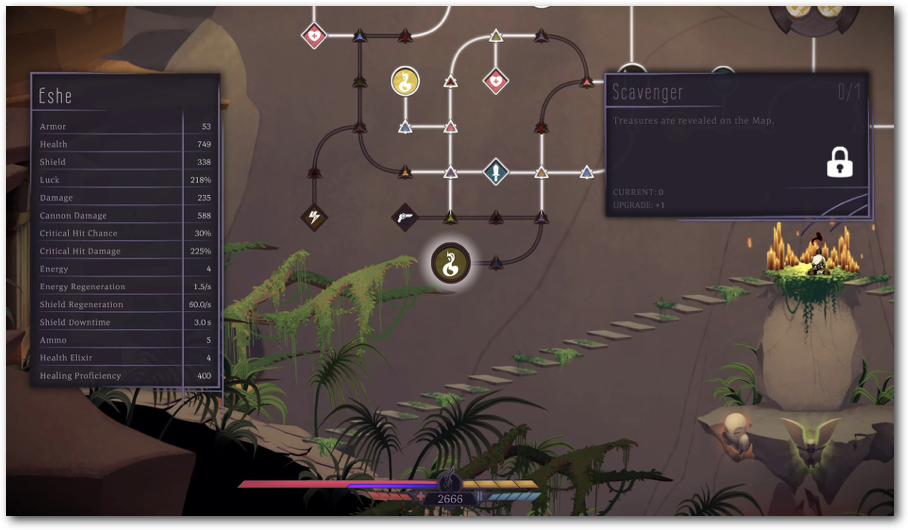 The emotional experience of Flow A flow state is often characterized as optimal human experience. It’s an experience where you are full...

This likely won't be going to be the final version of this post. Hyper learning is a coinage for learning through portfolio effects and ...

If you do not know what GuidedTrack is, I highly recommend reading the [[GuidedTrack]] page first, where I have background info. First, ...

Roguelikes are a genre of game heavily inspired by Rogue. You can picture them sort of like a long (or possibly endless) obstacle course ...

Self-efficacy is the belief that you are capable of doing some action, otherwise phrased in here as [[The user believes that they are cap...